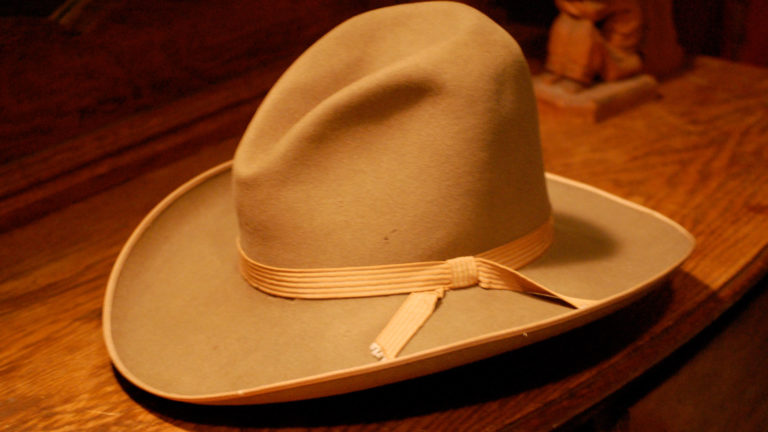 One of Love’s recollections combined his cowboy and railroading years:

W. Gillett, at present general passenger agent of the Salt Lake road [Union Pacific Railroad from Salt Lake City to Los Angeles], and one of the best known and most popular railroad men of the west, is another friend of the old days it is my pleasure to meet often now. I first met him under the following circumstances. I think it was in the year 1874 along in the fall, I had been up the trail with some cattle and was returning through Wyoming en route to Arizona. I had been riding hard all day and as it began to get dark I sighted a small station on the main line of the Union Pacific, and I concluded to give it a passing call out of curiosity. As I drew near I noticed several rough-looking customers hanging around in a suspicious manner, and I at once concluded that they were robbers there for the purpose of holding up the station. Events immediately following proved that I was right. They had not noticed me and they proceeded to hold up the agent in true western style, but that they had caught a tartar was evidenced by the rattle of the agent’s artillery. Of course it was out of the question for me to miss such fun, so not waiting for an invitation I lost no time in getting my own forty-fives in active operation, and in less time than it takes to tell it what was left of those greasers were making tracks for the nearest state line, while a red-headed youngster with a smoking 45 in his fist was shaking hands with me and trying to say something about my saving his life. I took a shine to him at once on account of his pluck and our friendship thus begun has lasted through the years until now time and fate have thrown us both together on the same line of railroad.

The railroad men as a class are the most jovial set of men one could find in any profession, well educated, broad minded, and always considerate of others and at the same time they know their business thoroughly, as they have to serve many years as apprentices, so to speak, in railroading, before they are given places of trust and responsibility, and the man who has reached the position of president or general manager of a railroad system, has learned pretty much all there is to be learned about the iron horse and the steel road, and they use that knowledge in providing for the safety and comfort of the millions of lives that are annually entrusted to their keeping.

The last page of Nat’s autobiography is typically reflective and provides a summation of his unique life and activities:

As I stop to ponder over the days of old so full of adventure and excitement, health and happiness, love and sorrow, isn’t it a wonder that some of us are alive to tell the tale. One moment we are rejoicing that we are alive; the next we are so near the jaws of death that it seems it would be almost a miracle that our lives be saved.

Life today on the cattle range is almost another epoch. Laws have been enacted in New Mexico and Arizona which forbid all the old-time sports and the cowboy is almost a being of the past. But, I, Nat Love, now in my 54th year [1907], hale hearty and happy, will ever cherish a fond and loving feeling for the old days on the range, its exciting adventures, good horses, good and bad men, long venturesome rides, Indian fights and last but foremost the friends I have made and friends I have gained.

He later worked as a courier for the General Securities Company in Los Angeles, and died there in 1921. The University of Nebraska Press reprinted his autobiography in 1995, containing photographs of Nat wearing his Pullman uniform and, of course, in his western gear.

As a footnote, or yet another confusing angle to the story, there was the final “Deadwood Dick” which arose as a creation of Deadwood promoters. Clad in buckskins, English immigrant Richard Clark played the role to perfection and was presented to tourists as the real Deadwood Dick. Many historians say Richard Clark took on the title when asked to play the role in the Days of ’76 parade, but articles in the Deadwood Pioneer Times referred to him as Deadwood Dick as early as 1898.

The ladies auxiliary of the Deadwood Businessmen’s organization (forerunner of the Deadwood Chamber of Commerce) presented Clark with a cabin in Pinecrest Park and arranged his appearances at public events in the local area and around the country.

Clark played the role of Deadwood Dick with flair until his death in May of 1930, giving the Black Hills millions of dollars worth of free publicity in the process.