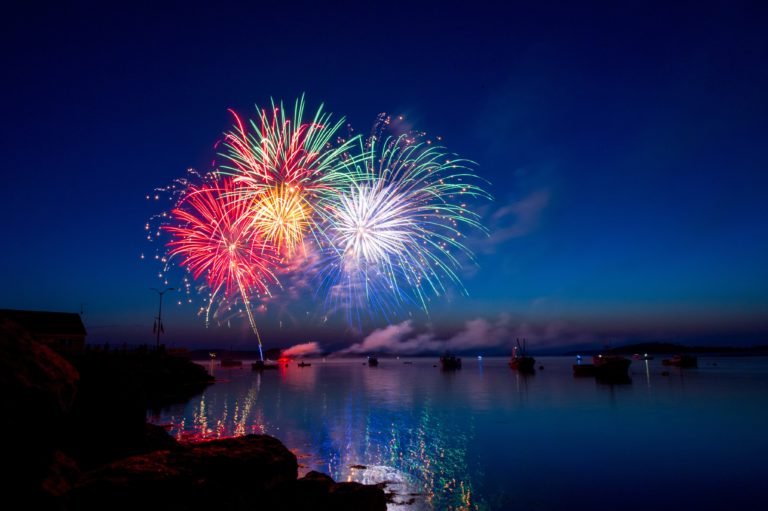 Every 4th of July, we celebrate America’s independence with barbecues, parades, picnics, and more. Nothing brings out that patriotic spirit more than a festive fireworks display! Please remember that other than novelty fireworks (sparklers, party poppers, snappers, and toy caps, personal fireworks are banned in Rapid City (and a one-mile radius around the city limits), Hill City, Keystone, and Wall. That’s okay—letting somebody else do the work gives you more time to “ooh” and “ahh” over the colorful displays.

Prime spots to enjoy fireworks In the Black Hills include:

You can’t help but feel patriotic in the City of Presidents! The annual fireworks display in Founder’s Park kicks off at 9:30 p.m. on July 4. In the event of poor weather, the rainout date is Monday, July 5.

Post 22 baseball holds their Firecracker Tournament every year, with a fireworks show after the game. This year, the tournament wraps up on July 3, with fireworks starting at approximately 10 p.m.

Belle Fourche hosts the Black Hills Roundup Rodeo, one of the longest, continuously held rodeos in the country. As part of the fun, they have one of the biggest fireworks shows in the Black Hills on July 2 and 3, starting at 10 p.m.

Come for Custer’s Old Time Country Fourth Celebration (featuring a parade, live music, old-fashioned games and races, and an arts & crafts festival) and stay for the fireworks! The display from Pageant Hill begins at dusk (approximately 9:30 p.m.) on July 4.

Spend a day at the KOA and enjoy a day of family fun events to benefit the local Firefighter and EMS community. They host a cornhole tournament, live music, and inflatable fun houses for the kids. Fireworks start at dusk on July 4.

A Fourth of July Celebration in Hot Springs begins with an early morning 5K/10K at Chautauqua Park, followed by a parade, community picnic, and rubber duck race. The festivities conclude with a fireworks display that kicks off at dusk on July 3.

Lead’s Gold Camp Jubilee is always a fun time for the family and features live entertainment, vendors, and a 4th of July parade. The fireworks display occurs over the Homestake Gold Mine Open Cut on July 4 at dusk.

Piedmont Valley American Legion Post 311 hosts an annual Fourth of July Parade at 10 a.m. followed by concessions, games, and a hot rod and antique car show at Piedmont Park. Fireworks begin at dusk at The Barn.

The Philip Volunteer Fire Department hosts a fireworks spectacular over Lake Waggoner beginning at dusk. Residents miles away are able to enjoy the colorful display.

For more Independence Day activities in the Black Hills and surrounding communities, check out our events page!