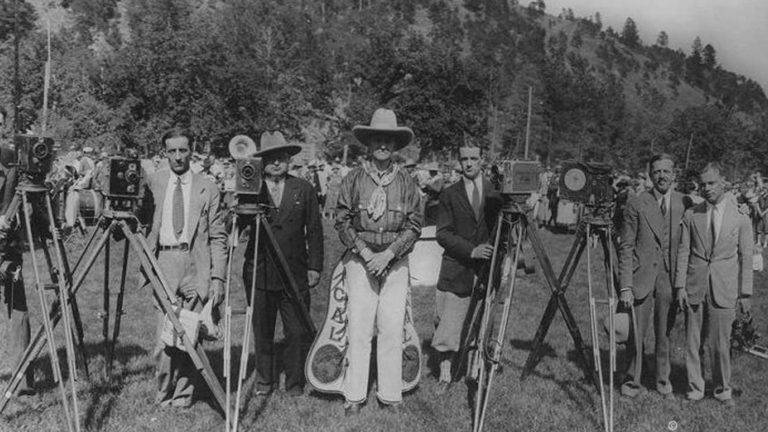 The Summer White House of 1927

“We have come here to dedicate a cornerstone laid by the hand of the Almighty,” Coolidge told the crowd of 1,000 South Dakotans gathered in the trees and standing on rocks. In an impassioned speech by a man not known for his passion, Coolidge became the first to refer to Mount Rushmore as a “national shrine,” then pledged federal support for the project. He also added, “The people of South Dakota are taking the lead in the preparation of this memorial out of their meager resources, because the American spirit is strong among them. Their effort and courage entitles them to the sympathy and support of private beneficence and the national government. They realize fully that they have no means of succeeding in the development of their state except a strong reliance upon American institutions. They do not fail to appreciate their value. There is no power that can stay the progress of such a people. They are predestined to success. Our Country is fortunate in having the advantage of their citizenship. They have been pioneers in the development of their State. They will continue to be pioneers in the defense and development of American institutions.”

After listening with satisfaction to the president’s remarks, 60-year-old sculptor Gutzon Borglum climbed to the mountain’s summit and symbolically drilled six holes to mark the commencement of carving.

On August 2, 1927, the fourth anniversary of his presidency (due to President Harding’s death), Coolidge called newsmen into his Rapid City High School office and handed each a slip of paper which read, “I do not choose to run for President in 1928.” He reportedly felt that if he had run for another term, and won, he would have spent nearly ten years in office – a term he judged to be excessive for one man.

Charles Lindberg also paid the Hills a visit that summer. On the morning of September 2 (during his goodwill tour of the continental 48 states during the late summer and early autumn of 1927), “Lucky Lindy” flew over Rapid City and the summer White House. By chance, President Coolidge, who was outside having his picture taken, recognized the celebrated monoplane and waved at the world-famous aviator he had welcomed back from Paris a mere three months before.

While not attended by the President, officials of the Chicago and North Western Railroad and local dignitaries broke ground for Rapid City’s stately Hotel Alex Johnson on August 9, 1927. The hotel’s construction symbolized and catered to the increasing importance of tourism and notoriety being focused on the city and the region. The first guest checked into the hotel on July 1, 1928.

Construction of the hotel, the work on Mount Rushmore, the worldwide coverage of the President’s summer adventures by newspapers, magazines, and radio broadcasts elevated the Black Hills to a noticed western tourism destination.

In mid-September, the Coolidge family boarded the presidential train, waved farewell to the Black Hills, and headed back to Washington, D.C. Thus ended a chapter in a remarkable summer for the Black Hills – a summer that changed both regional and national history.