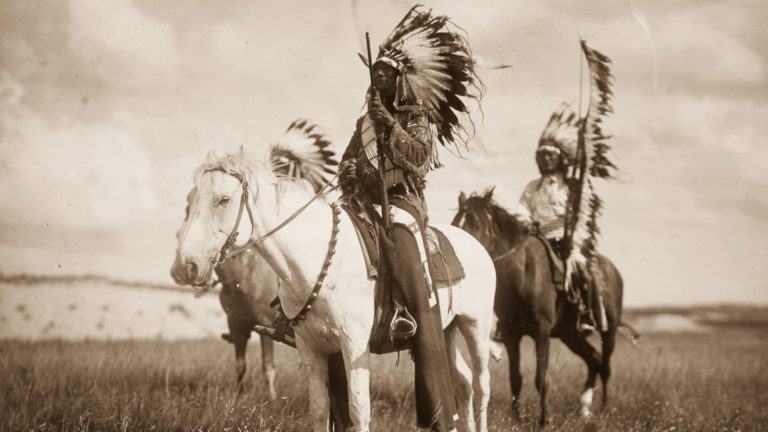 The terms “Lakota” and “Sioux” are often used interchangeably to refer to the tribe of native peoples of the Dakotas, but which is preferred?

The word nadouessioux was created by French traders and later adopted by the English as just sioux. It is said to come from the Ojibwe word natowessiwak meaning “little snakes”, as the Lakota were traditionally enemies of the Ojibwe. The words Lakota and Dakota, however, are translated to mean “friend” or “ally” and is what they called themselves. Many Lakota people today prefer to be called Lakota instead of Sioux, as Sioux was a disrespectful name given to them by their enemies.

There are seven bands of the Lakota tribe. In South Dakota, there are four Lakota reservations: Pine Ridge, Rosebud, Standing Rock, and Cheyenne River. Each of the reservations are home to a different branch of the Lakota people.

Western South Dakota is the ideal place to experience the culture of Plains Indians. Various powwows are held throughout the year like the Annual Oglala Lakota Nation Powwow in Pine Ridge, Black Hills Powwow in Rapid City, and the Rosebud Powwow in Rosebud.

For a deeper look into the Lakota heritage, plan to visit the Akta Lakota Museum in St. Joseph’s Indian School is located in the central South Dakota town of Chamberlain. It features exhibits on native life prior to European contact, the historical relationships of tribes, the details on the arrival of Europeans, the tribe’s struggles against the United States government, adaption to reservation life, and modern times.

There is also a monument on the site of the massacre. It is located in the town of Wounded Knee on the Pine Ridge Reservation.