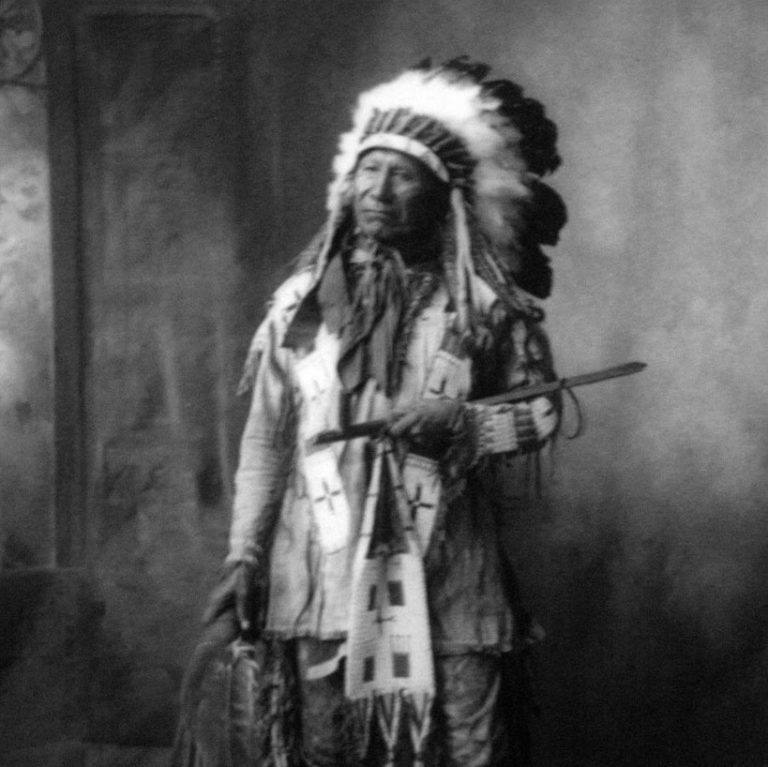 Through time, the Sioux have created a rich and unique culture that many of them embrace to the current time. The origins and legends of their traditions give a remarkable view into their past. While it is possible to recount only the smallest fraction of this oral tradition and legend here, it is important to remember that much of the Plains Indian heritage is closely connected to the Black Hills. If you want to know more, The Journey Museum, The Sioux Indian Museum, Crazy Horse Memorial, and Prairie Edge Gallery are a few of the many excellent local sources of information. We’ve also included a short bibliography at the end of this multi-page piece.

The Lakota were originally part of the seven council fires (Otchenti Chakowin – pronounced Oceti Sakowin), made up of 7 bands: 4 Dakota, 2 Nakota, and one Lakota. These were often referred to as “The Three Tribes of the Sioux.”

Also referred to as Titonwans or Teton – “prairie dwellers”, with 1 band consisting of 7 individual groups:

Also referred to as “Santee”, with 4 bands:

The first recorded contact with the Dakota was by Jesuits in 1640, in the area of present-day eastern Wisconsin where they had dwelt for many generations. The nearby Chippewa called them the Oceti Sakowin – “Nadowe-is-iw” – meaning little or treacherous snakes. The French later corrupted the term to “Nadowessioux,” which the English later shortened to “Sioux.”

In 1680 the Lakota (‘tiyospaye’ – extended family) were living further west, on the upper Mississippi in central Minnesota. But the continuing wars between the eastern tribes over the fur trade had driven the Chippewa westward to this area as well. The Chippewas were well-armed by the French, and gradually forced the Oceti Sakowin westward, out of their forest-and-lake range, and onto the Great Plains west of the Mississippi.

By 1750, the Lakota, mostly the Oglala and Brule bands, had moved to the southeastern area of present-day South Dakota, near the Missouri River. Here they encountered the Arikara, and attacked and pushed them out of the area. During the late 1700s to early 1800s, the Lakota came to control the lands in the Black Hills and on the northern plains by the eviction of the Cheyenne and the Crow tribes; areas that would later become western South Dakota, eastern Montana, northern Wyoming and northern Nebraska.

In 1903, Chief Red Cloud said, “The Great Spirit made us, the Indians, and gave us this land we live in. He gave us the buffalo, the antelope, and the deer for food and clothing. We moved our hunting grounds from the Minnesota to the Platte, and from the Mississippi to the great mountains. No one put bounds on us.”