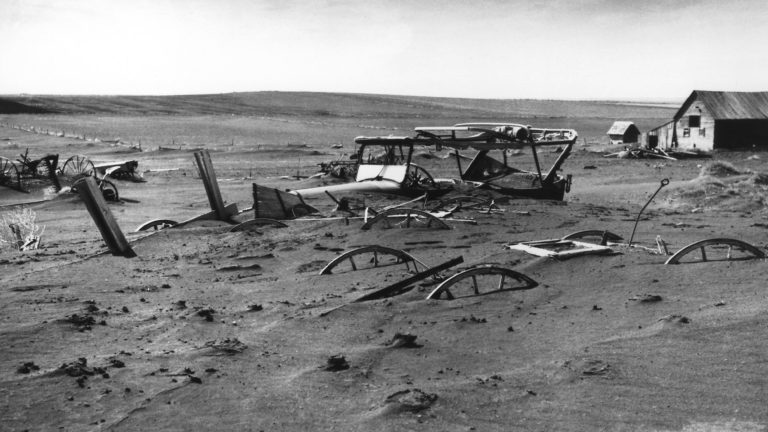 A Brief History of South Dakota

From the earliest accounts (including the Kiowa, Kiowa-Apache, Arikara, Arapaho, Mandans, and the Hidatsa), to later occupants like the Crow, Cheyenne, Teton Dakota (Sioux), and European Americans, the land now known as South Dakota has been home for many people and cultures.

With the introduction of guns and horses into the various indigenous cultures by Europeans in the 17th and 18th centuries, claims to the land changed at an accelerated pace. By the mid-1700s, the Northern Plains and Black Hills were generally occupied by various tribes of the Sioux.

France made the initial European claim to land now known as South Dakota in 1743, when members of the Verendrye Party placed a lead plate near current-day Pierre. France, Britain, and Spain disputed ownership and control of portions of the Mississippi River valley during the next 60 years. Following the independence of the United States of America from Britain, the fledgling republic was able to negotiate a purchase of the large territory known as Louisiana from France in 1803. This effectively doubled the size of the United States, and included the land for the future state of South Dakota.

Through treaties and agreements with various tribes, the lands controlled by Native Americans diminished sharply in the first decades of the 1800s. An American military officer referred to the Great Plains in the 1820s as “the Great American desert;” and because of that attitude, it was discounted for a time except as an access to the West Coast. The native occupants of the region were often looked upon as nothing more than a nuisance, and similarly, the insurgence of settlers and others was looked upon as a threat to their way of life by the native occupants of the prairies. Overland travel by American settlers and the United States Military to California and Oregon in the 1840s and 1850s continued to strain the fragile relationship with the native inhabitants of the region.

An area was carved out of the former Sioux and Omaha tribal lands north and east of the Missouri River in 1861, and this new United States Territory was named Dakota. Following the Civil War, more tribal-occupied lands were ceded through treaties and agreements. A treaty in 1868 provided for the creation of a large reservation for the Sioux Nation that included the Black Hills – the Great Sioux Reservation.

Gold was discovered in the Black Hills by a government expedition led by Lt. Colonel George Custer in 1874. The rush that followed led to the Black Hills being annexed into Dakota Territory in 1877. This isolated section was connected with the rest of the territory in the 1880s by a wide transportation and homesteading corridor between the Missouri River and the Black Hills. The prospering region was granted statehood in 1889, and Dakota Territory was divided to create the states of North and South Dakota. Large areas of the previous reservation still existed north and south of this corridor, with thousands of additional acres of homesteading opened in the south-central part of the state. Pierre was named as the state’s capital in 1904.

South Dakota has been characterized as having two distinct identities – East River and West River. East River (east of the Missouri River) is a land of flat terrain, farming, commerce, and a majority of the state’s population. West River is noted for its rugged terrain of the Badlands and Black Hills, the Sioux reservations, and tourism. At 78,116 square miles, the state ranks 17th in size. The climate of the entire Northern Plains region, including the majority of South Dakota (excluding the extreme southeast and eastern sections) is classified as semi-arid. The population centers generally hug the extreme eastern and western borders, with a diverse economy featuring agriculture, government, defense, customer service/technology, and tourism/recreation. It is easy to understand why South Dakota is often referred to as the “Land of Infinite Variety.”