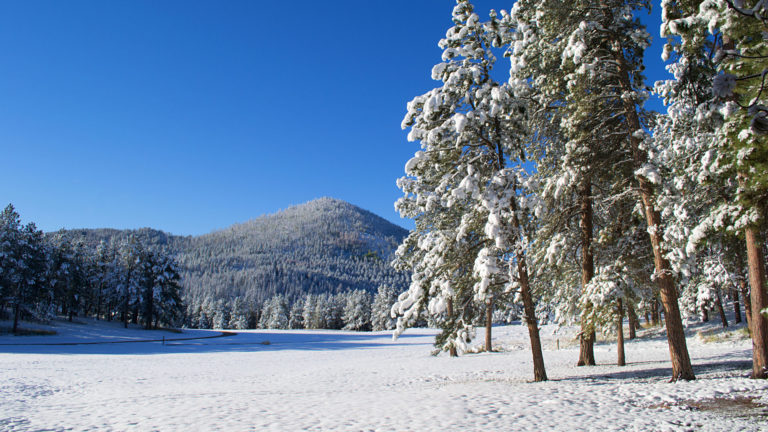 Winter weather can change quickly in this area and storms can develop rapidly, so keep track of the forecasts. If a blizzard or winter storm warning is issued, don’t travel. During extremely cold wind chills, dress warmly and limit your outdoor exposure to prevent frostbite and hypothermia.

During the late winter and early spring, warmer temperatures and plenty of snow combine to create ideal conditions for winter sports. February snows are powdery and average from five to 20 inches over the Black Hills. Daytime temperatures in the 30s and lows from zero to 20 above limit melting.

March is typically the snowiest month in western South Dakota and temperatures are still cool enough to keep an ample snow cover. Snowfall averages range from eight to 30 inches.

The colder weather and bitter winds are gone as spring approaches and sunshine is more abundant. High temperatures reach the 40s with lows in the 20s. The snow season often extends into April, when a spring storm can bring several feet of snow in just a day. Normal snowfall for the Black Hills is 10 to 20 inches for the northern communities and five to 10 inches in the south.

Perhaps the greatest hazard during this time of year is thin ice. After a couple of warm days, ice on the reservoirs can become dangerously thin–even if nighttime temperatures fall below freezing. Ice should be at least four inches thick for walking, ice fishing, or ice skating while a minimum of six inches is needed to drive snowmobiles onto lakes.