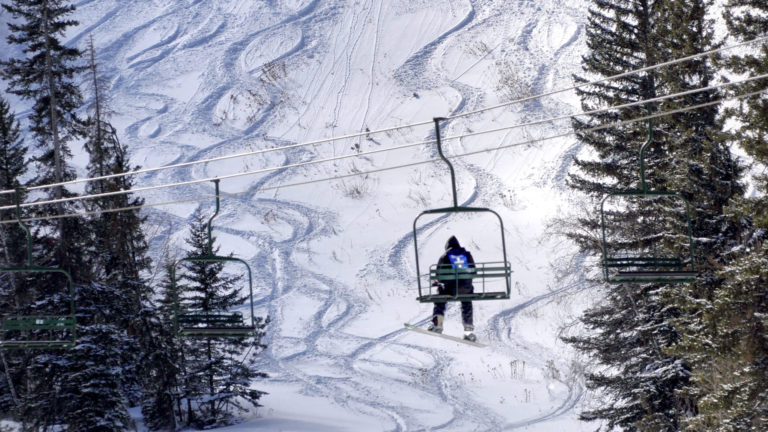 The Black Hills has some of the highest peaks this side of the Rockies, making it is a hot spot for downhill and cross country skiers and snowboarders of all skill levels. Whether at the popular Terry Peak, or some of the lesser known trails, there is a spot for everyone in the Black Hills!

Weather for winter sports is usually decent by late November and the snow stays packed until March or early April. Several hiking trails in the Black Hills National Forest are open to cross-country skiing and snowboarding in the winter months. Before hitting the snow, make sure it is allowed on that trail.

Terry Peak has great skiing conditions from late November to early April and has elevations ranging between 5900 feet and 7000 feet. It is conveniently located only five miles from Lead and eight miles from Deadwood. It is open to both beginners and experts, an a ski school lesson is available for novices. There are over 450 ski areas and 30 well-maintained trails.

Ski equipment rental for one day is $30 for adults 13 and up and $23 for juniors 12 and under. Helmet rentals are $7. Lift tickets vary in price based on age bracket and time. Check their website for more information.

Parts of this trail system have been in use since the late 1800s when it was used by miners and homesteaders. It was named after the Carson family who traveled on this route. Cross-country skiing is available on the trails in the winter.