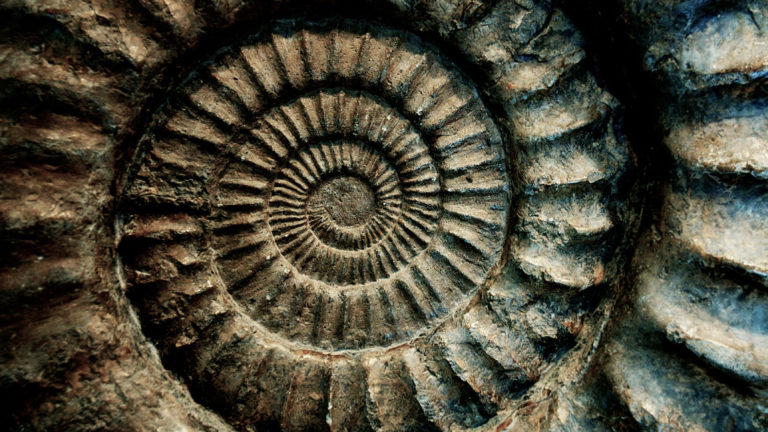 Fossils of the Badlands

The Badlands of South Dakota are known for their abundance of fossil mammals. Preserved in the layers of exposed rock and ancient soils are examples of brontotheres, rhinoceroses, horses, oreodonts , camels, entelodonts (pigs), rabbits, rodents, and carnivores. Non-mammal species include turtles, crocodiles, birds, small lizards, and snails. Plant fossils, in the form of seeds and root tracings, are common as well.

Fossils of the Badlands are found in two major formations, the Chadron and the Brule. The Chadron formation is made up of sedimentary rock that was deposited between 37 and 34 million years ago. The climate during that time period was much warmer than it is today. South Dakota was sub-tropical and had animals such as crocodiles, brontotheres, and horses. There were no grasses here at the time, so the plant-eating animals had to browse on other plant life, much like deer do today.

The Brule formation is made of layered sedimentary rock that formed between 34 and 29 million years ago. The Brule formation, a series of fine layers like pages in a book, tells a different climatic story than the Chadron. A cooler and drier climate caused swamps to dry up, crocodiles to leave the area, and brontotheres to become extinct. This was the time of the oreodonts, whose populations ran in the millions. Horses, rhinoceroses, camels, entelodonts (pigs), rabbits, rodents and carnivores were also common. The Brule formation of South Dakota has one of the largest and most complete assemblages of fossil mammals in the world.

Above the Brule formation lays the slightly younger Sharps formation. The Sharps’ sedimentary layers are composed mostly of volcanic ash, and show evidence of a time of active volcanoes farther west, possibly in present-day Colorado or Nevada. Another formation that is often found near the Badlands, and is much older than either the Brule or Chadron formation, is the Pierre shale. The Pierre shale is the sedimentary rock formed on the bottom of an inland sea that covered the area from 75 to 70 million years ago. These years were during the time of the dinosaurs, but since dinosaurs were land organisms, none is found in the shale. Common fossil remains found in Pierre shale include the ammonites and mosasaurs.