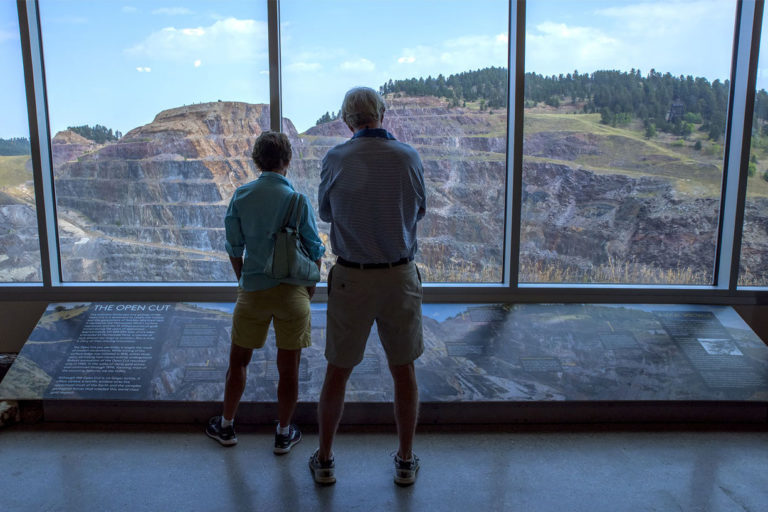 A Tiny Look at a Large Opportunity

The name Homestake is synonymous with the Black Hills region, but the word neutrino is not. Well, at least not outside of Lead and in the scientific research community.

What is a neutrino?

A neutrino is one of the fundamental particles that make up the universe. Smaller than atoms and having almost no mass, explosions within the sun, supernovas, and other cosmic phenomena emit neutrinos. Each of the three known types of neutrinos is related to a charged particle (which gives the corresponding neutrino its name). Hence, the “electron neutrino” is associated with the electron, and two other neutrinos are associated with heavier versions of the electron called the muon and the tau.

Neutrinos are similar to the more familiar electron, with one crucial difference: neutrinos do not carry electric charge. Because neutrinos are electrically neutral the electromagnetic forces that act on electrons do not affect them. Neutrinos are affected only by a “weak” sub-atomic force of much shorter range than electromagnetism, and are therefore able to pass through great distances in matter without being affected by it.

The flux of neutrinos from the Sun is estimated to be very large: thousands of billions of solar neutrinos are estimated to pass through our bodies every second without our noticing them. The reason is that these neutrinos react very weakly with matter, and only one of 1,000 billion solar neutrinos would be stopped on its way through the Earth.

Why Homestake as an underground research lab?

Prospectors Moses and Fred Manuel discovered the Homestake Ledge on April 9, 1876. The brothers sank a shaft, built a crude mill, and took out $5,000 worth of gold that spring. The city of Lead was named for that outcropping of ore, referred to as a lead and pronounced “leed.”

George Hearst sent L.D. Kellogg, an experienced practical miner, to investigate promising reports of new Black Hills gold discoveries in June of 1877. Following a brief investigation, he optioned the Homestake and Golden Star claims for $70,000 less a strip of land 10-feet wide originally deeded by the Manuels to H.B. Young (this parcel of land was subsequently acquired by Hearst and his partners). The Homestake Mining Company was formally incorporated in California on November 5, 1877. That was the beginning of the Homestake story and its list of accomplishments, both technological and civic, which continued for the next 125 years.

Before closing in 2001, the Homestake was the oldest, largest and deepest mine in the Western Hemisphere, reaching more than 8000 feet below the town of Lead. The loss of the mine was an economic and cultural shock to the Black Hills region. Plans for the mine’s future were discussed early on after the closing, with the idea of a permanent underground research lab well received in the scientific community due to the facility’s reputation.

Dr. Raymond Davis, Jr. (graduate of the University of Maryland; Ph.D. from Yale; employed at the Department of Energy’s Brookhaven National Laboratory from 1965 to 1984; since 1984 at Penn State University and the National Science Foundation) began his quest to prove the existence of solar neutrinos deep within the Homestake Mine below Lead in 1965. His pioneering methods in underground neutrino work at Homestake between 1965 and 1994 earned him the 2002 Nobel Prize in physics.