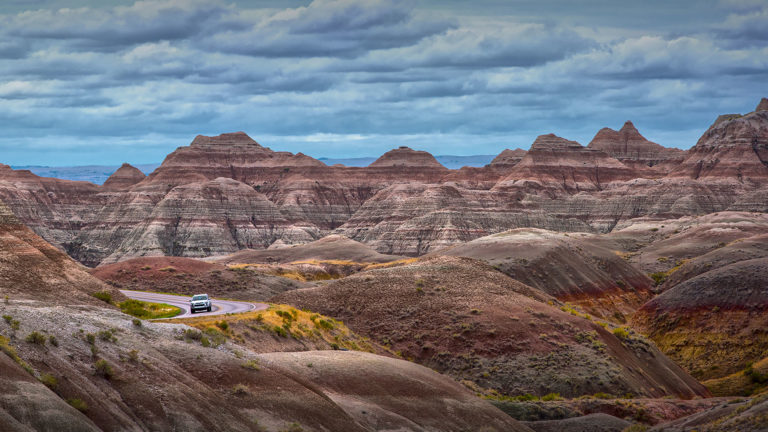 Over the centuries, the geologic formation known as the Badlands has been described as the closest thing to a lunar landscape that can be found on Earth, a scenic marvel.

Frank Lloyd Wright commented of the Badlands: “How is it that we, toward the Atlantic, have heard so much about the Grand Canyon and so little of this, when this is so much more miraculous?” The Badlands have been an area of great curiosity and superstition since early tribes of Native Americans lived in the region. Mako Sica, or the bad lands, was the name given the area by the Sioux, as the climate in the ranges from brutal cold, wind, and snows of winter, to searing heat and arid conditions in summer. Nomadic tribes traversed the less-than hospitable region on their way to and from the Black Hills.

The Badlands and eastern Black Hills region was documented by an American military expedition in 1855. During this time, a number of public and private expeditions sought and acquired geologic and fossil specimens from the area. Over the period of exploration to the present, a number of unique and previously unknown specimens have been unearthed in the Badlands.

Badlands National Monument was established in 1929. It would not be known as Badlands National Park until 1978, when the 243,302 acre preserve was extended to its current dimensions. The Park offers a variety of options for visitors – interpretive centers, hiking trails, nature walks, abundant plant and wildlife, as well as the remarkable scenery. It is one of the “must see” locations in the Black Hills region.