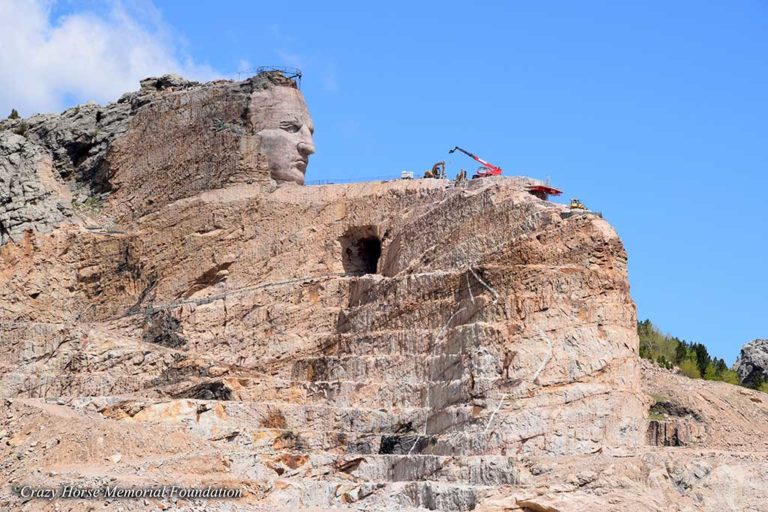 Travelers reaching the southern Black Hills in South Dakota come here to see the world’s largest carving taking shape at Crazy Horse Memorial. Visitors from around the world, more than one million a year, also learn that the Memorial, which is dedicated to honoring North America’s Native American people, is not just a dream and it’s much more than the monumental sculpture.

Korczak broadened the Lakota leaders’ dream to include a museum to help American Indians preserve their heritage, and a university with a medical training center to assist them in remaining a vibrant culture in a changing world.

In 1946, Standing Bear and Korczak, a self-taught artist from Boston, stood in a virtual wilderness. While they had high hopes, they had almost no money. However, Korczak banked on his belief that you can do anything if you work hard and never quit.

Before he died in 1982, he had blocked out the rough contours of the carving that will depict legendary Lakota leader Crazy Horse (Tasunke Witko) astride his horse and pointing to his home, declaring “my lands are where my dead lie buried.”