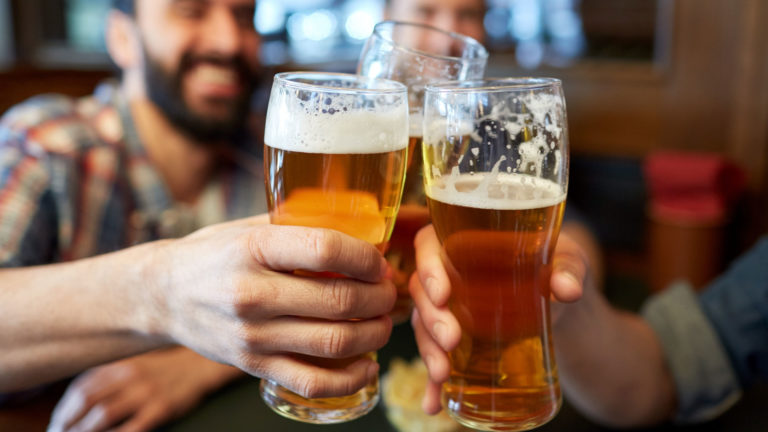 Grab a Drink in the Black Hills

The Black Hills has experienced a boom in craft beer over the past decade and is now a top destination for visiting breweries. Nothing beats sipping on a cold craft beer in the scenic views of the Black Hills!

The central hills are anchored by Rapid City, and include the communities of Rapid Valley, Box Elder, Johnson Siding, Black Hawk, Summerset, and Piedmont. Right now the breweries are centered in Rapid City, but there’s always room to expand!

One of the newest names in town, Cohort aims to be the local watering hole where neighbors and friends can come enjoy a pint together. They just also happen to put out really good pints, and are one of the few that regularly produces mead. They have a great selection of classic beers, but also enjoy crafting new and adventurous flavors.

Dakota Point has taken residence in an old industrial building in the part of town locals call “the gap.” You’re close to the city, but also far enough out that you can slow down and relax a bit, and Dakota Point’s collection of creative but well executed beers are the perfect way to do so.

Firehouse is the oldest brewery in South Dakota. They have been serving up Rapid City residents wonderful craft beers since 1991. Every year they make about 40 unique beers with 9 in rotation, and also have a great non-alcoholic root beer on tap. Their Bell Tower lager is a fan favorite, but their Firehouse Red and seasonal offerings are also worth your time.

Named after the original name of Rapid City, this brewery was recently opened by graduate students but has already made a big splash in the city’s brewing scene. They have 10 taps and over 3,000 square feet of serving space.

The Rapid City location is only a tasting room, but you can take your favorites to go — and you’re sure to find one that you can’t leave without. Their goal is to perfectly brew classic beers, so no matter what you get you’ll be surprised by the quality.

Lost Cabin Beer Company specializes in making small-batch ales and lagers of exceptional quality. The tasting room always has an interesting lineup that utilizes a variety of flavors. They’ve recently expanded their taproom so now you have even more space to enjoy their SoDank IPA or Lord Grizzly Scotch Ale with friends.

This veteran-owned brewery is named for the branch of applied chemistry that’s concerned with the fermentation process of brewing, but also the community of people that comes together to share in the fruits of said chemical reaction. Check out their perfect Hefeweizen or surprisingly good peanut butter porter.

When you head up north, you’ll get a more laid back, outdoorsy vibe. Communities like Spearfish, Deadwood, Lead, and Sturgis are more laid back than the southern hills, and they pair their great brews with even better views.

Crow Peak is known for their flavorful beer, country vibe, and great design, but there’s one thing they have that you won’t find at most breweries: an incredible view. Sit up on their top balcony for uninterrupted views of the Black Hills, including their namesake Crow Peak. While you’re there, don’t miss their Canyon cream ale or Pile O’Dirt porter.

Located in a quaint building in historic Lead, this little brewery is always packed. With new owners in 2021, this brewery will make a big impact on your stay in Lead, despite its cozy interior.

Underneath the Town Hall Inn is a quirky little brewery that gets its name from the original use of the space: the city of Lead’s jail. Whether you sit inside in the renovated jail cells or outside on the patio, you won’t regret snagging a Sheriff’s Saison or Third Strike Belgian Tripel.

Nestled next to the creek and situated in the midst of Spearfish’s hippest stretch of restaurants and shops, Sawyer Brewing maintains an artsy vibe without getting pretentious. The only thing that goes down easier than their delightful Raspberry Kolsch or Buffalo Aggressor is their amazing pizza.

Sturgis is home to the world’s largest motorcycle rally, and The Knuckle Saloon fits in with the classic, vintage feel you’d come to expect in a town obsessed with the history of riding on two wheels. The Knuckle is a no-frills, no-nonsense sort of operation, but you’re bound to have a good time with a great beer in hand.

The southern hills are home to the sights and attractions that put the Black Hills on the map. Custer, Hill City, Keystone, Hot Springs host sites like Mount Rushmore National Memorial, Crazy Horse Memorial, Custer State Park, and the Mammoth Site. They also have a great selection of breweries where you can cap off the perfect day of sightseeing.

Opened in 2013 next to Prairie Berry Winery, this brewery uses individual barrel fermenters so they can pay closer attention to the quality and flavor profiles. Local ingredients are utilized so as to produce distinctly “South Dakota” beers.

This brewery originally opened before the craft brewing scene exploded, but now they’re back and better than ever. Look for well crafted brews with cheeky presidentially inspired names like the Rail Splitter Porter and the Washington Cherry Tree alongside favorites like Buffalo Snot and Black Hills Gold.

The Smokejumper Station is the cooler, hipper younger sibling of Firehouse Brewing Company in downtown Rapid City. They serve some of the same beer but in a casual atmosphere that befits the idyllic scenery around them. Sit next to the creek and enjoy a crisp Bell Tower lager or one of their seasonal offerings.

Appreciate a beer that’s adventurous, tastes good, and has a sense of humor? Sick-N-Twisted is the place you need to be. Their menu boasts tame offerings like the Buzz Light cream ale, but also the Naughty Red Head imperial red ale and Eve’s Sin, a hot baked apple pie blonde. Grab a flight of some of their more outrageous concoctions and enjoy their great patio.

Feeling like wine? Check out our roundup of Black Hills wineries!