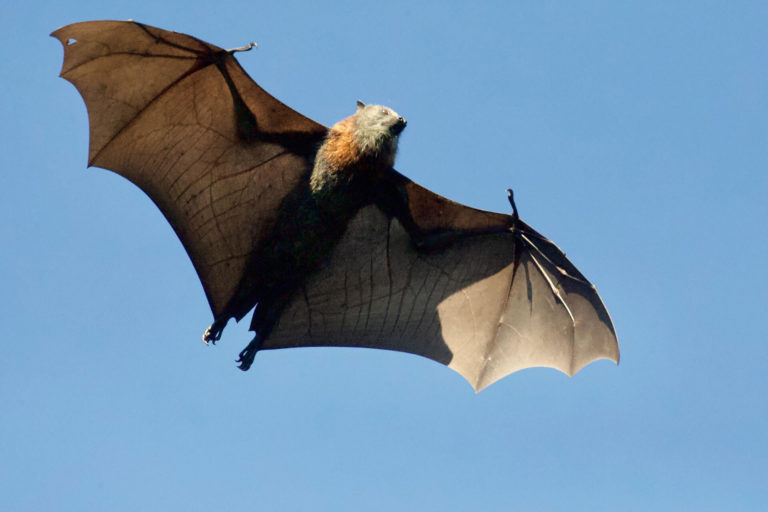 All bats aren’t bloodsucking fiends. As a matter of fact, vampire bats don’t even live in this area (you will find vampire bats in Mexico, parts of the southern states, and South America). In the Black Hills, there are five main attractions where locals and tourists can find these sneaky nocturnal creatures: Black Hills Caverns, Jewel Cave, Rushmore Cave, Wind Cave, and Wonderland Cave.

One of the most common mammals found at these locations, bats are actually quite beneficial. Often misunderstood, bats have great significance in our ecosystem. Along with bees, several bat species are pollinators, and most bats are insectivorous, which means they help control the population of harmful insects for crops and farmers. Some bats can effectively eat as many as 1,200 insects in only an hour of feeding. Without bats, the U.S. would have to invest in more than three billion dollars worth of pest control!  Bats are also really important as a food source to other animals in the ecosystem like hawks, falcons, owls, weasels, cats, raccoons, and more. Their droppings can serve as fertilizer, too!

There are more than 40 unique species of bats in the nation and more than 1,000 worldwide. Eleven of these have been found in the Hills.

A lot of misinformation and misconceptions are spread concerning our flying little friends. Here are a few myths that have been busted throughout years of research.

All Bats are Rabid. Not even close. Did you know only five to six percent of bats test positive for rabies? While bats are the animal most often reported for having rabies (32.2 percent of all cases in 2017), raccoons, skunks, and foxes follow close behind them.

Bats Like to Attack. Again, false. It may look like they’re swooping down to attack your head, but bats need to drop down to get some lift and start to flap because they hang upside down for the majority of the day.

Bats at Home are Bad Luck. Only if you believe in old vampire legends! But even then, because vampire bats don’t live in this area, you are safe from any vampire bats or attacks.

IMPORTANT NOTICE: The bats in this area are susceptible to White-Nose Syndrome. This disease is spreading across the entire United States and killing bats at a rapid rate. While it does not affect humans at all, people can carry the disease and spread it to wildlife. Since its discovery in 2006, the disease has knocked out more than five million bats.

To prevent the spread, people are asked to stay on the designated decontamination mat when entering and exiting cave tours. The Black Hills National Forest posted the following update when it was discovered in the hills:

“‘Now that white-nose syndrome is here in South Dakota, threatening bats, it is more important than ever for people to avoid disturbing bats and to take precautions to prevent further spread of the fungus,’ said Silka Kempema biologist with South Dakota Game, Fish and Parks.

State and federal wildlife and habitat managers are asking for the public’s help in limiting WNS spread by adopting the following precautions:

Stay out of caves, mines, and areas that are closed.

Decontaminate your caving and hiking gear and boots. Do not reuse gear that has been used in WNS-affected areas.