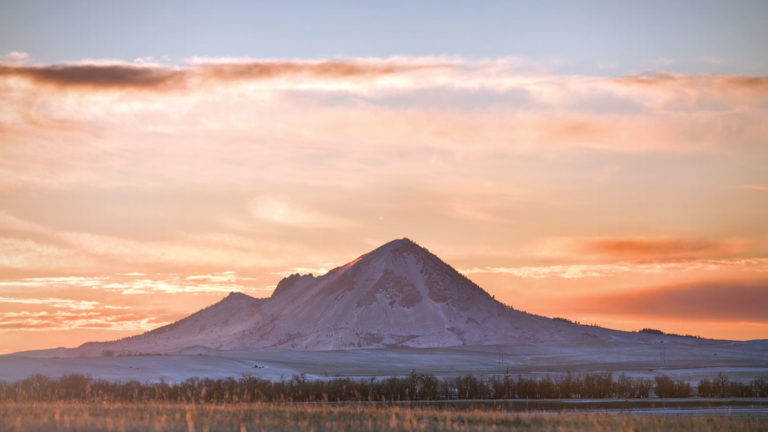 The Story of Sturgis

Following the discovery of gold in the Black Hills, members of the 7th Cavalry established an outpost near Bear Butte in 1878 to protect against incursion by Lakota Sioux, who had vowed to defend their sacred lands from white settlers during a gathering at the site in 1857. The post was named Camp J.G. Sturgis in honor of Colonel Samuel D. Sturgis’ son, who had died in the Battle of the Little Bighorn. Vendors arrived to provide goods and services—many of them saloons and brothels—to the soldiers, as well as miners seeking gold in the northern Hills. Business was so lucrative, this encampment became known as Scoop Town because the vendors were able to easily “scoop up” money from the prospectors and cavalrymen.

Later that year, the Army established a more permanent settlement named Fort Meade a few miles to the south. The proprietors of Scoop Town, unwilling to give up such easy profits, quickly followed suit. They started a new town a mile and a half west of the fort named Sturgis City, this time in tribute to General Sturgis himself. Much like nearby Deadwood, Sturgis in its early days was a wild and lawless community, but business leaders prevailed in establishing a more peaceful community that became the county seat of Meade County. The city grew alongside Fort Meade, which remained an active military installation until 1944. That year, it became a part of the Veteran’s Administration Hospital network, but continued to serve as a training site for the South Dakota National Guard.

Due to its prime location in a valley at the entrance of the Northern Black Hills, Sturgis began marketing itself as the “Key City to the Black Hills,” or simply Key City. This nickname remained popular throughout the 19th and much of the 20th century, though nowadays it’s more commonly referred to as the “City of Riders” in homage to the cavalry soldiers once stationed at Fort Meade as well as the annual Sturgis Motorcycle Rally. Launched in 1938, the event—initially called the Black Hills Motor Classic—was the brainchild of Clarence “Pappy” Hoel, owner of an Indian Motorcycle shop and a member of the Jackpine Gypsies Motorcycle Club. What began as a modest gathering of nine riders eventually blossomed into the nation’s premier motorcycle festival, one that attracts some 500,000 visitors from all over the world for 10 days every August.

Today, Sturgis is a vibrant community of about 7,000 residents (save for the ten-day Rally stretch). Visitors will find a thriving arts scene, museums, restaurants, and saloons. It’s also the perfect launching point for exploring the northern Hills or Bear Butte State Park, six miles to the northeast.

For more information on attractions and events in Sturgis, visit us here.