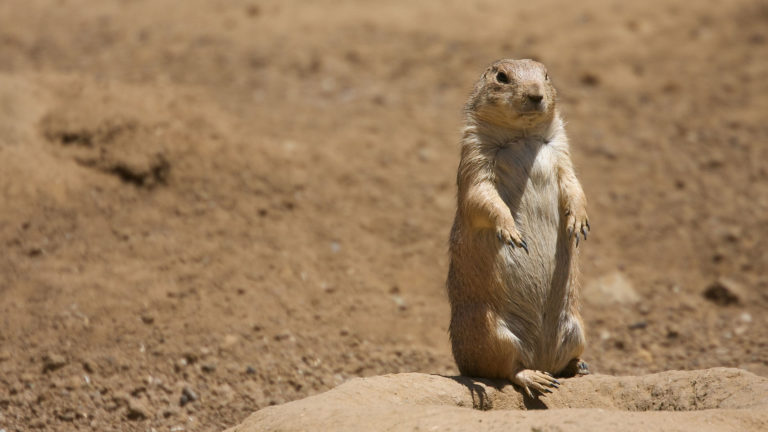 Prairie dogs are a type of ground squirrel found in North America. Adults usually grow to be 12 to 16 inches long and weigh between one and four pounds. Wild prairie dogs live about four years. They are mainly herbivores and will eat grasses, seeds, fruits, and insects.

They may look cute, but these little rodents have sharp claws and teeth, so they are able to defend themselves.

They are an essential part of the ecosystem as their intricate underground tunnel systems – called prairie dog towns – create shelter for other animals like rabbits, snakes, and black-footed ferrets.

Prairie dogs are seen as an annoyance for farmers and are often killed as pests, due to their capability of damaging crops and their tunnels damaging landscaping. Their current range in Northern Mexico, the Western United States, and parts of Canada has shrunk to five percent of their historic range.

Prairie dogs can be seen throughout South Dakota. Roberts Prairie Dog Town in Wall, South Dakota is a section of the Badlands that is teeming with wild prairie dogs.