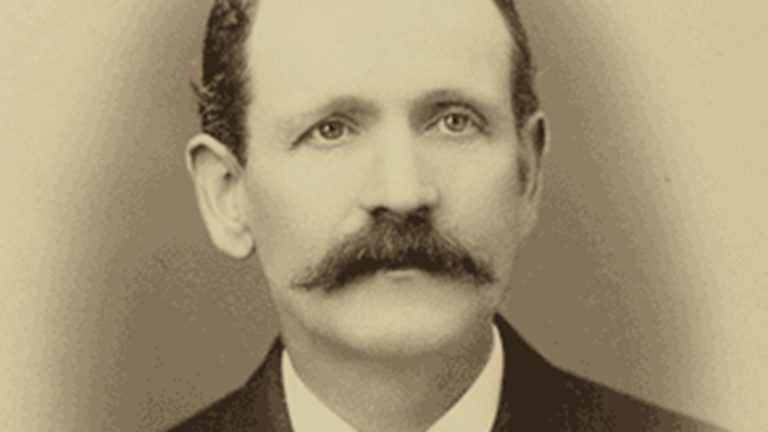 Solomon (Sol) Star was born in Bavaria, Germany on December 20, 1840 (probably to a Reform German Jewish family) and emigrated to the United States about ten years later, settling with relatives in Ohio. Just after the Civil War he moved to Montana, engaging in business in Helena. Star distinguished himself in public service in Montana, serving as territorial auditor and personal secretary to the Governor.

Sol started a hardware business with Seth Bullock, and together they followed the gold rush to Deadwood, Dakota Territory, in mid-1876 where they established the “Office of Star and Bullock, Auctioneers and Commission Merchants” at the corner of Main and Wall Streets. The partners began their business by selling pans, Dutch ovens, picks, axes, dynamite, chamber pots, and anything else the miners or the local population required. Plows, reapers and rakes went as fast as they could be unloaded from the wagons—the first farm machinery sold in the Black Hills.

Star and Bullock also partnered with Harris Franklin in the Deadwood Flouring Mill Company in 1880, with Star serving as general manager. The Star-Bullock partnership also expanded their business interests to other towns including Spearfish, Sturgis, Custer, and Belle Fourche.

As Deadwood became more civilized, (due in large part to Bullock’s authority as marshal), Star devoted more of his time to business, and to the ranch he and Bullock had established nearby at the confluence of the Belle Fourche and Redwater Rivers. Bullock and Star founded the town of Belle Fourche by persuading the Fremont, Elkhorn and Missouri Valley Railroad to build a line to the site of the former Bismarck to Deadwood Stage stop on the Bullock-Star Ranch in 1890. Free lots were offered for any building moved from the nearby town of Minnesela to their “new” town. Belle Fourche boomed as the county seat of Butte County, and quickly became the largest railhead for livestock shipment in the United States while the once hopeful town of Minnesela slipped out of existence.

Star and Bullock authorized the construction of the Victorian-styled Bullock Hotel at the same location as their hardware store which had been destroyed by fire in 1894.

Star also served in various public capacities in the community: as a member of Deadwood’s first city council in 1876, 10 terms as mayor, the city’s postmaster, as a Republican legislator after statehood, and twenty years as Lawrence County Clerk of Courts until his death on October 10, 1917.