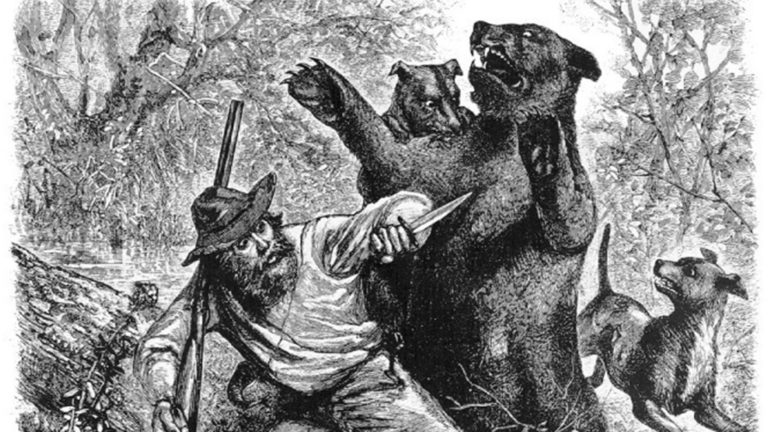 The Revenant: Fact or Fiction?

Released in 2015, The Revenant stars Leonardo DiCaprio as Hugh Glass, a frontiersman who was mauled by a grizzly bear in South Dakota and left for dead in 1823. He miraculously survived by crawling 200 miles to Fort Kiowa near present day Oacoma.

Viewers were captivated by scenes in which DiCaprio is mauled by a mother grizzly bear, watches the murder of his Native American son, Hawk, in front of him while he is too injured to intervene, visited by the spirit of his dead Pawnee wife, and finally murders the man who left him for dead, trapper John Fitzgerald. But how much of The Revenant actually happened?

Hugh Glass was a real mountain man who was born in Pennsylvania in 1783. Before he was a trapper in the present-day area of Montana, the Dakotas, and Nebraska, he was a sailor under infamous pirate Jean Lafitte after he was captured. But the pirate life didn’t suit him and he allegedly jumped ship off the coast of Texas and swam to freedom. In Texas, he was captured by a group of Pawnee Native Americans. He was only spared because he offered a gift of vermilion. With the tribe, he learned how to hunt and survive. He left the tribe in 1822.

He joined General Ashley’s expedition of 1823 after seeing an advertisement calling for “100 hardy men” to trap beaver. Unlike the movie, Glass did not have a Pawnee son and it is unlikely that he had a wife.

The expedition did not go as planned. The group was attacked by a group of Arikara Native Americans, which left over a dozen of the group dead and more wounded.

When hunting away from the group, he came across some grizzly cubs. Where there are cubs, there is also a protective mother. The grizzly mother saw Glass and mauled him. Men came after hearing his screams and found the badly injured Glass and a content grizzly walking away. Two or three men fired at the bear, and it angrily went back to Glass and mauled him again. The men fired several more shots and the bear finally collapsed on top of Glass.

The remaining group of men respected Glass but were confident he would be dead shortly. The group couldn’t wait and two men, 19 year old Jim Bridger and John Fitzgerald, stayed behind to stay with him until he passed away.

Bridger and Fitzgerald were afraid of another Native American attack. It had been five days and Glass had still not died. After making the decision to abandon Glass, they took some of his supplies, like his rifle, and covered him with the bear hide.

When Glass awoke, his possessions were gone, he tended his wounds, and he decided to travel roughly 300 miles to Fort Kiowa. Although severely wounded, he was able to find food and water as he safety made his way to the fort. However, he never crawled inside the carcass of a horse to stay warm and he wasn’t chased off a cliff. A Sioux tribe found him, took pity on him, and cleaned his wounds.

He later forgave Jim Bridger and reclaimed his treasured rifle from Fitzgerald, but he never got revenge. After recovering, he went back to his life as a trapper as legend spread about the hardy frontiersman.

He was killed and scalped in 1833 after his trapping party was ambushed by a group of Arikara on the Yellowstone River.

In Lemmon, a small monument that overlooks the Shadehill Reservoir tells the amazing story of Hugh Glass, the hardiest frontiersman who ever lived.