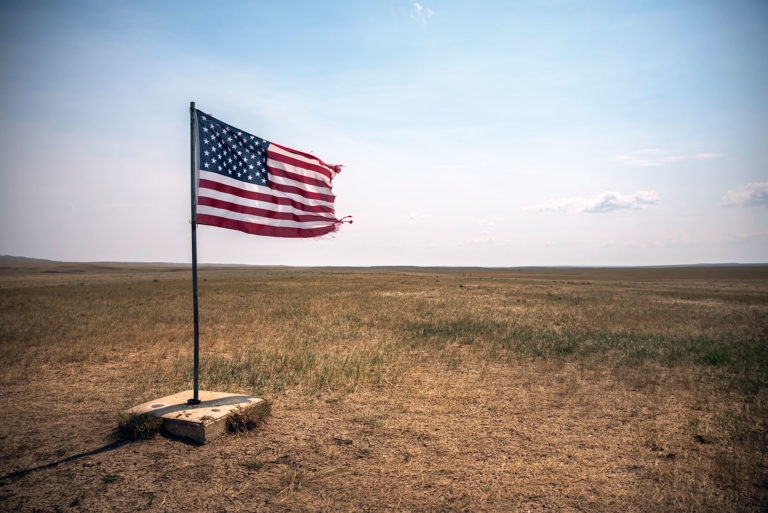 The Story of Belle Fourche

This town’s location at the confluence of two rivers led early French settlers to name it Belle Fourche (“beautiful fork”). Its lush setting at the point where Hay Creek and the Belle Fourche and Redwater Rivers converge attracted beaver trappers well into the mid-1800s, making Belle Fourche a popular outpost for fur trading. While many other Black Hills communities drew miners during the Black Hills Gold Rush beginning in 1876, the fertile soil in the valley attracted farmers and ranchers to Belle Fourche. Enticed by free lots, they grew crops to supply food for the miners. The surrounding prairie grasslands were perfectly suited for cattle, and emigrants from Texas and Kansas brought large herds north.

Belle Fourche might have been nothing more than a footnote in history were it not for the railroad. When the Fremont, Elkhorn and Missouri Valley railroad reached the Black Hills, they were seeking to expand to the adjacent plains. The nearby town of Minnesela seemed like the logical choice, but Seth Bullock had quietly been purchasing land from departing homesteaders along the Belle Fourche River and offered the railroad free right-of-way, even agreeing to build a terminal, if they would locate it on his property. Eager to save money, the railroad bypassed Minnesela in favor of Belle Fourche, and the town’s fate was sealed. The first carload of cattle was shipped by rail from Belle Fourche in 1890, and within five years, the town became an important agricultural center and livestock hub, shipping as many as 2,500 carloads of cattle to Midwest packing plants and points farther east during the busiest times. Belle Fourche became the largest livestock shipping point in the world at the time and was named the county seat of Butte County in 1894. The town grew quickly, while Minnesela faded into obscurity. The first church service was held on the platform of the railroad depot, with parishioners using planks laid across beer kegs for seating.

The Orman Dam and Irrigation project in the early 1900s contributed to Belle Fourche’s continued growth in population and allowed sugar beets and other agricultural commodities to flourish. One of the city’s most popular events, the Black Hills Roundup rodeo, was established in 1918 as a benefit for the American Red Cross during World War 1 and continues to attract large crowds every Fourth of July weekend. When Alaska and Hawaii were admitted to the Union in 1959, Belle Fourche was able to stake its claim as the geographic center of the United States. The actual point is located some 21 miles to the northeast, but because determining the exact center of the nation is extremely difficult and Belle Fourche lies within the official measurement’s margin of error, the town’s proximity persuaded leaders to erect a monument at the Tri-State Museum and Visitor Center in 2007.

Agriculture and livestock continue to be mainstays to this day; Belle Fourche is the trading center for a region known as the Tri-State Area that covers 21,000 square miles and includes portions of northwest South Dakota, northeast Wyoming, and southeast Montana. Cattle ranching, wool, and bentonite manufacturing are the top industries in this city that is often referred to as the gateway to the Northern Black Hills.

For more information on attractions and events in Belle Fourche, visit us here.