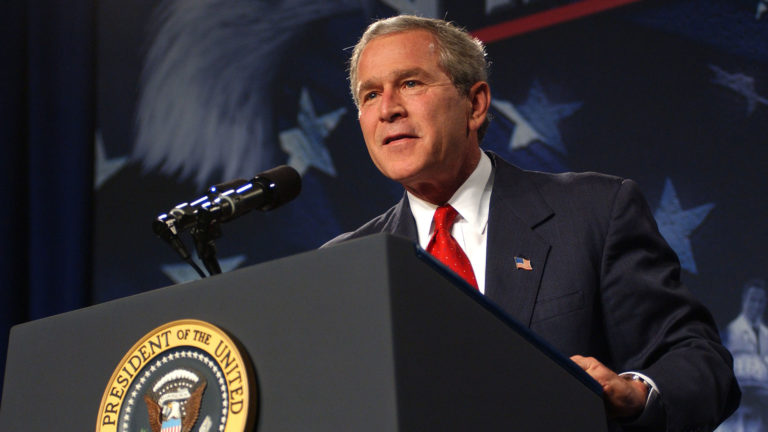 President George W. Bush paid a visit to the Shrine of Democracy of Mount Rushmore on August 15, 2002. During a nearly 45 minute speech, the president covered a wide range of regional, national, political, and international issues. A full text of his speech is available from the White House Web site at www.whitehouse.gov. The following directly quotes the conclusion of the president’s talk.

“People in America are understanding that if you live in a community, you’ve got to help that community to realize its full potential. They’re understanding there is such a thing as personal responsibility and sacrifice. And perhaps the most vivid example of that came on 9/11 itself. People were flying across the airplane on what’s now known as — then and now known as Flight 93. They heard their plane was going to be used as a weapon.

They got on the phone and they told their loved ones they loved them. They said a prayer. One guy said, “Let’s roll.” They served something greater than themselves by saving life. It’s an example for all of us to remember that America is a country based upon our willingness to serve something greater than ourselves; our willingness to be something other than a materialistic society; a willingness for all of us to help define the American spirit and love our neighbor so that our country can have its full potential available for everybody who is fortunate to be an American.

Listen, out of the evil done to this great land is going to come incredible good, because we’re the greatest nation on the face of the earth, full of the most fine and compassionate and decent citizens. May God bless you all, and may God bless America.”