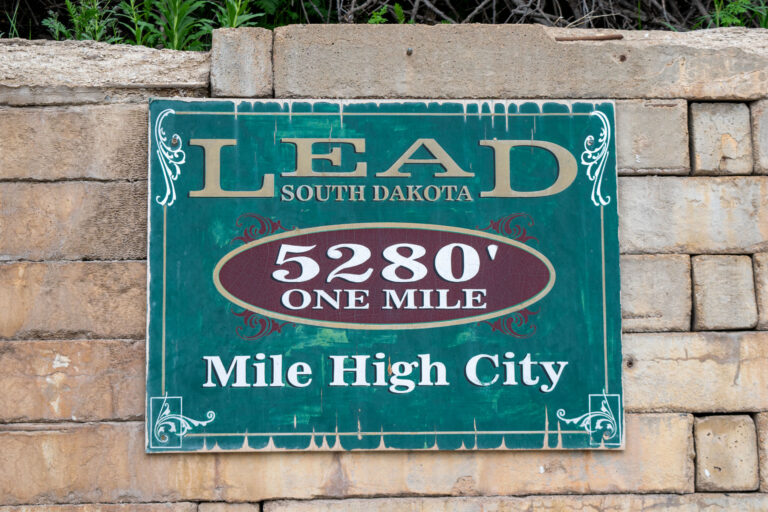 Top 5 Things to Do in Lead

Deep in the heart of the Northern Hills, a small mining town was established in 1876 called Lead. When gold was discovered by the Manuel brothers, the population exploded. The mine went on to produce over 40 million ounces of gold, valued at over a billion dollars, and became  America’s longest continuously operated gold mine (closing in 2001).

“The Manuel brothers discovered what they thought was going to be a major lead of gold and called that lead Homestake because it was going to get them home,” Sierra Ward, the executive director at the Lead Area Chamber of Commerce and Sanford Lab Homestake Visitor Center, explains.

Fun Fact: Lead had electricity before many larger east coast cities like Boston. Because of the mining boom, Lead was able to bring in newer technology quicker.

Sierra says Lead is a fascinating, unique city with a lot to offer. On average, Lead sees more than 80,000 visitors annually. It’s hard to narrow it down, but here are just five things to do when planning a visit.

What better way to explore the town than to walk the streets and hit the sites. Listen along with an audio tour and view additional historic photos by using the QR code on the brochure. In total there are 20 stopping points, but it is important to note that not all of them are open to the public. Several of the locations are privately owned residences or businesses. Any locations that are not open to the public are noted on the brochure. Points of interest include the Homestake Opera House, Black Hills Mining Museum, and the Hearst Free Library.

Fun Fact: When South Dakota became a state in 1889, Lead was the largest city.

Rapid City isn’t the only town in the Black Hills known for its art. Like Rapid City’s Art Alley, visitors and locals can find murals throughout Lead. From mobile art on vans to restorations of ads and art about cutting-edge scientific research that the local underground facility is pursuing, the walking tour takes you to 19 different viewing points.

With the “best view in Lead,” the visitor center offers education on the town’s mining past and current scientific research projects.

Located at 300 W. Main in Lead, the family-owned business combines a unique gift shop and full service salon. Find one-of-a-kind locally handcrafted gifts to purchase as souvenirs. “They have amazing stuff from jewelry, clothes, kids items, and more. Everyone who goes there loves it,” Sierra shares.

Also listed as number 20 on the historical walking tour, the park is great to visit by itself. Named after the two brothers who discovered gold in Lead, the park is located near the famous Open Cut Mine. Pack a picnic, and enjoy an afternoon outdoors. Equipped with fixed tables, chairs, and charcoal grills, you can sit in the shade under the picnic shelters and watch as the kids play around. You’ll find a splash pad, multi-age, -ability and -dimensional play area.

Fun Fact: Did you know the majority of Spearfish Canyon is in Lead?