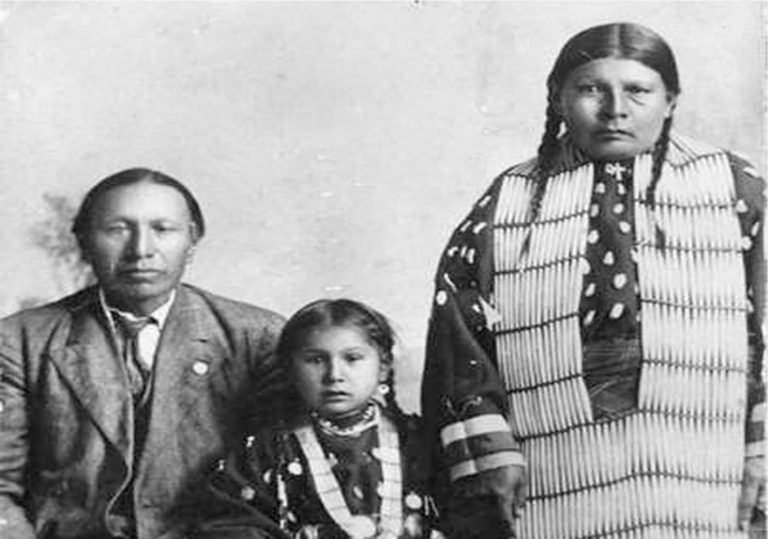 Black Elk was born into the Oglala Sioux tribe near the Little Powder River in Wyoming in 1863. At the age of nine, he received a great vision. This vision portrayed the grandfathers, the Powers of the World, each giving Black Elk a gift and a special power. The grandfathers represented the powers of north, south, east, and west.

According to the book, Black Elk Speaks, by John Neihardt, the grandfathers said to Black Elk, “Behold a nation; it is yours.” And a voice said, “Behold, they have given you the center of the nation’s hoop to make it live.” With the gifts that he received, Black Elk was given the center of the nations hoop. Black Elk said, “I was standing on the highest mountain of them all, and round about beneath me was the whole hoop of the world. And while I stood there I saw more than I can tell and I understood more than I saw.” In this vision he had been shown a sacred hoop of peoples—all peoples living together under one mother and father, i.e. universal peace—and Black Elk had been given the burden to making this vision “go out”.

During his remarkable life, Black Elk was a part of numerous events, including the Battle of Little Bighorn. In Black Elk Speaks, he recounts his visions, and also his experiences. He was 13 years old in 1876, and fought in the Battle of the Rosebud and in the Battle of Little Bighorn. He traveled to Europe as part of Buffalo Bill’s Wild West Show and met Queen Victoria in London in 1887. He also tells of his coming upon the aftermath of the massacre of 200-300 Miniconjous Sioux by the U.S. Military at Wounded Knee on December 29, 1890, after they had sought refuge with the Oglala on the Pine Ridge Reservation.

“The sun was shining. But after the soldiers marched away from their dirty work, a heavy snow began to fall. The wind came up in the night. There was a big blizzard, and it grew very cold. The snow drifted deep in the crooked gulch, and it was one long grave of butchered women and children and babies, who had never done any harm and were only trying to run away.”

As an adult, Black Elk became a medicine man and a prominent member of his tribe. His religion was very important to him. In the book, Black Elk; Holy Man of the Oglala by Michael Steltenkamp, his daughter Lucy Looks Twice recalls that her father had “suffered a lot,” and had experienced inner confusion. Black Elk knew that something was wrong in his life because he suffered socially, physically, and psychologically. Black Elk soon had to visit the hospital due to ulcers. While there he received the holy sacrament, and never suffered from his ulcers again.