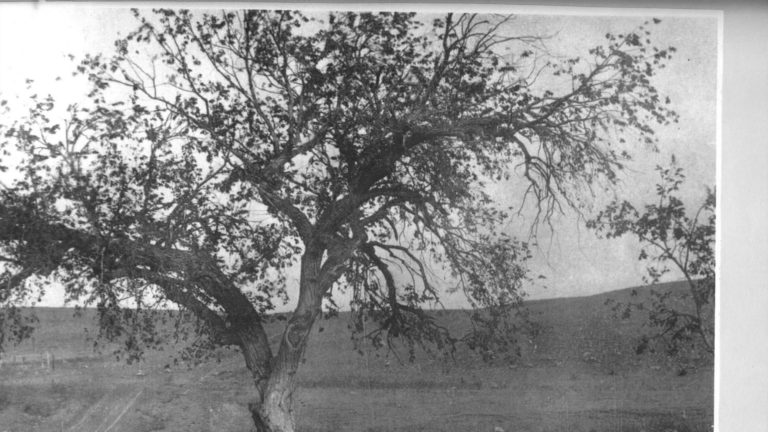 There’s gold in them thar hills… no, really! When researching the history of the Black Hills during the 19th century, it is clear that violent lives have violent ends. There is no better evidence than the sad life of Lame Johnny. The outlaw was hanged by a lynch mob in the late 1800s, but the legend of his hidden treasure, worth anywhere from $100,000 to millions, is still whispered among locals. Due to his untimely demise, he never revealed where he hid his stolen Homestake gold. Many treasure hunters believe it is still hidden in the Black Hills, waiting to be found.

He was born Cornelius Donahue in Philadelphia around 1850 and studied at Girard College. Girard College was an elementary through high school center that took in impoverished and orphaned boys. School records list his date of birth as October 6, 1854. He was a student here from 1862 through 1872 and excelled both in academic and conduct scores. Before his outlaw life of horse thieving and stagecoach robbing, Lame Johnny could never quite stick with anything.

The student ran away to Texas to become a cowboy where he learned how to steal horses from Apache tribes. He wasn’t a particularly good cowboy, so he headed to the Black Hills in 1876 when the discovery of gold swept the nation. He prospected for gold along Castle Creek.

One day, a band of Lakota natives stole his horses. Already an experienced horsethief, he rode down to the Red Cloud Agency, murdered the guard, and stampeded 300 horses towards the Black Hills. After a summer of him and the tribe stealing each others horses, he quit trying to succeed at prospecting and Johnny took jobs as the deputy of Custer County and later as a bookkeeper for the Homestake Mining Company. He lost the Homestake job after a man from Texas recognized Johnny as a horsethief who left Texas to evade the law.

With his honest means of employment lost, Johnny went back to his old habits. He began horse thieving and cattle rustling in the Black Hills. He turned into a highwayman and held up stagecoaches.

In the fall of 1878, a gang of five outlaws stole a fortune from the Homestake Mine. Their catch was about thousands in currency, diamonds, jewelry, gold dust, nuggets, and a bullion. This treasure had been carted in a stagecoach called “the Monitor”, which was an ironclad fortress on wheels. The bandits killed a guard and wounded others as they made off with the loot.

As news of the hold up spread, the Homestake Mine offered a handsome reward for the capture of the outlaws and the recovery of the treasure. Posses formed and tried to locate the group.