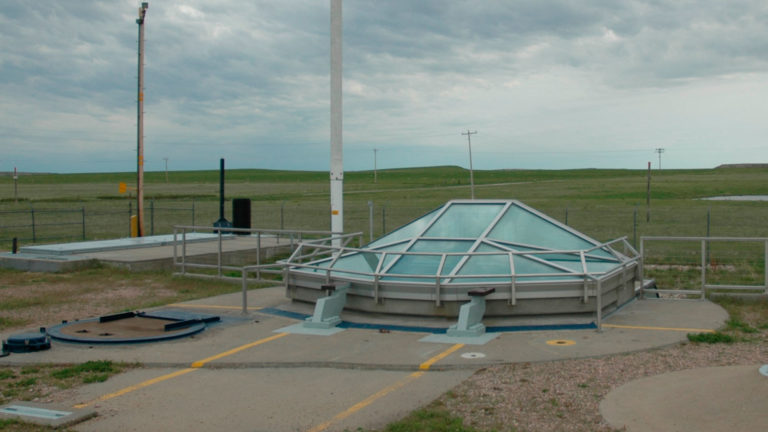 Even South Dakota played its part in the Cold War by building the Minuteman Missile Site. Operating from 1963 to the early 1990s, there were 15 launch control facilities that controlled 150 missile silos holding Minuteman Intercontinental Ballistic Missiles. Two of these facilities, Launch Control Facility Delta-01 and its missile silo, remain in their historic state. They are located in the town of Philip, about 90 miles from Rapid City or 30 miles east of Badlands National Park. Visitors can tour these facilities, as well as the informative visitor center. The visitor center tells the stories of the scientists, leaders, and citizens of the Cold War.

The tour of the Launch Control Facility Delta-01 lasts 30 minutes and proceeds down the original elevator to enter the underground control center. Same day tours are not available, so make reservations online or by phone at 866-601-5129.

Minutemen Missiles held enormous power and were a large part of America’s nuclear arsenal. During the Cold War, 1000 Minuteman Missile silos were located on the Great Plains. Currently, there are still Minuteman silos in the surrounding states of Wyoming, North Dakota, and Montana.

In his testimony before Congress in 1999 about the establishment of the Minuteman Missile National Historic Site, program deactivation manager Tim Pavek stated, “It is the story of the Air Force’s role in the defense of our nation. It is the story of the people of South Dakota and other states who lived alongside military installations. It is the story of a local rancher who tells of working through the bitter winter, helping mine the 80′ deep holes that would become the missile silos; of a missile maintenance team battling a fierce winter blizzard to bring a missile back on alert; of a rancher who helped out an Air Force alert crew stranded on the gravel backroads of the missile field; or of the elderly lady who owned the land surrounding a missile site and told us we wouldn’t have to blow up her missile site, she wouldn’t tell anyone, since we might need it again someday. It is a story that needs to be told.”