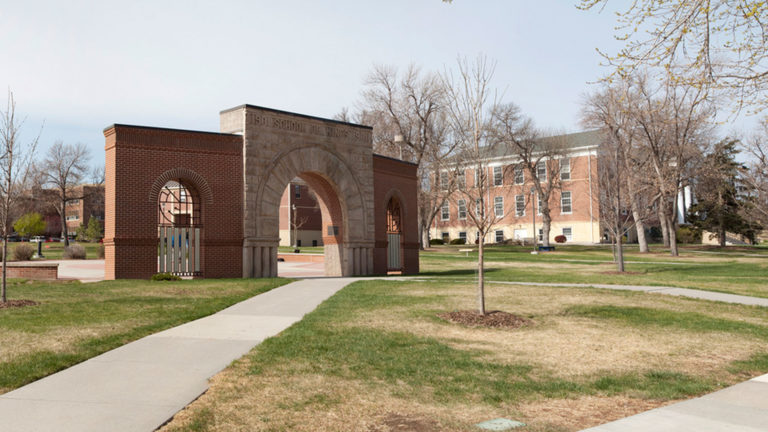 South Dakota School of Mines and Technology has a proud heritage of excellence in preparing graduates to serve as leaders in the professions of engineering and science.

Badlands fossilsand Black Hills minerals was added to the geological museum. Specimens of minerals and rocks were used directly in the teaching program. The first organized trip into the Badlands to collect vertebrate fossils near Sheep Mountain Table was led by geologist C. C. O’Harra in 1899, accompanied by Slagle, mathematician H. L. McLaury, and student H. M. Bowles. By 1903, The Museum of Geologycollection was housed in a 36’ x 47′ room in the main building, and soon regarded as one of the important features of the School.

The university’s reputation as a diversified science and engineering school was confirmed following World War I with the rapid increase of engineering students and the termination of college preparatory courses. In 1943, the state legislature changed the institution’s name to the South Dakota School of Mines and Technology in recognition of the school’s role in new areas of science and technology.

A diverse enrollment of nearly 2,500 students attends from approximately 30 states and 20 countries. The alumni of the South Dakota School of Mines and Technology have established a worldwide reputation of excellence and provide leadership to industry, government, and education.

Undergraduate education is enhanced by award winning graduate research and development studies in areas of critical need to the state, nation and the international community. Technical assistance is offered to regional industries and businesses, assisting the Black Hills area as a whole.