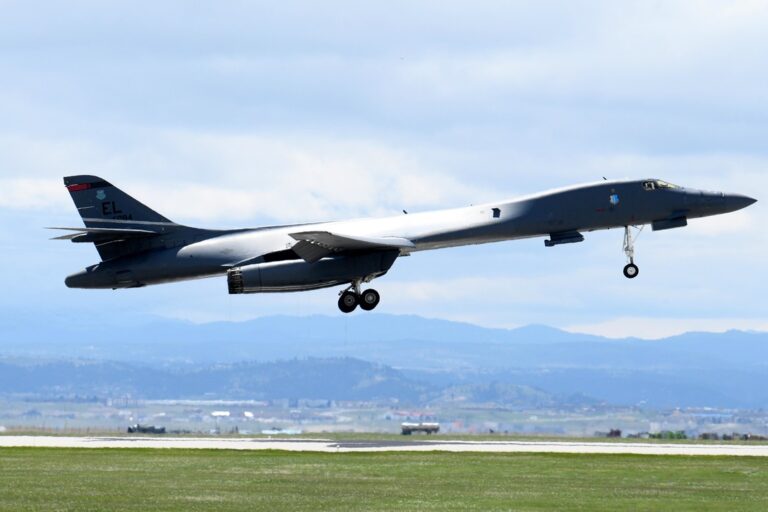 Ellsworth Air Force Base has been closely aligned with the Rapid City area since 1942, when it was established as a training location for the B-17 Flying Fortress bomber that was being used by the Allies in their battle against the Axis powers in Europe during World War II. It served an integral role in the defense of U.S. airspace during the Cold War with the Soviet Union, and was a key Minuteman ICBM site. A candidate for closure in 2005 during the Department of Defense’s Base Realignment and Closure process, Ellsworth proved its worth and in 2019 was chosen as the preferred location for the first operational B-21 Raider. While base access is primarily restricted to active duty military personnel and retirees, there are several worthy attractions and events in and near Ellsworth AFB that are open to the public.

The South Dakota Air and Space Museum, located just outside the Ellsworth AFB main gate in Box Elder, houses an extensive collection of exhibits and military artifacts associated with general aviation and Ellsworth AFB history. Visitors can take a self-guided walking tour of the outdoor grounds, where over 30 military aircraft ranging from World War II bombers to the modern B-1B Lancer, as well as several Intercontinental Ballistic Missile, are on permanent display. Indoor exhibits and galleries showcase aerospace exhibits, military history, and space exploration. Guests will learn about aerospace technology and the history of the Cold War, and can view additional aircraft, as well as a number of interactive aircraft cockpits. The Aviation Hall of Fame celebrates aviation pioneers from South Dakota, sharing their stories and recounting the sacrifices they made in the name of freedom and exploration. A special exhibit is dedicated to the historic Stratobowl balloon launches that took place in the Black Hills during the 1930s.

Those looking for an opportunity to visit an active military installation can sign up for an Ellsworth Air Force Base tour. There are four tours daily, from mid-May through mid-September, departing from the South Dakota Air and Space Museum. You’ll need valid ID and will have to pass a security check before being allowed on base. Cameras are permitted, though you won’t be able to take photos of the main gate area.

The Ellsworth Air Force Base Visitor Control Center provides information about the base and surrounding communities. It’s also where you’ll go to obtain a visitor pass and undergo a background check prior to being allowed through the main gate.

The gates to Ellsworth Air Force Base are opened to the public for the Dakota Thunder Air Show and Open House, typically held during a summer weekend (dates vary). It’s the base’s way of thanking the local Rapid City community for their continual support of Ellsworth AFB and its operations, and enables visitors to learn more about military equipment and the roles of the U.S. Air Force and those who serve. Various aircraft perform aerial maneuvers and stunts; the USAF Thunderbirds, Army Golden Knights, and USAF Wings of Blue are frequent performers. Attendees will also be able to view static displays of many additional aircraft such as the B-1B Lancer, C-5 Galaxy, A-10 Warthog, B-52 Spirit, and more.

Ellsworth AFB personnel have access to a full schedule of events for all ages. Active duty members and their families are encouraged to check the Force Support Squadron page for the calendar and additional details.

Many public events are held throughout the year in neighboring Rapid City and the other Black Hills communities. Visit their pages for more information on upcoming events.

Note: During the COVID-19 pandemic, certain events may be postponed or canceled, and attractions may not be open as regularly scheduled. We encourage you to check with each venue before planning your visit.