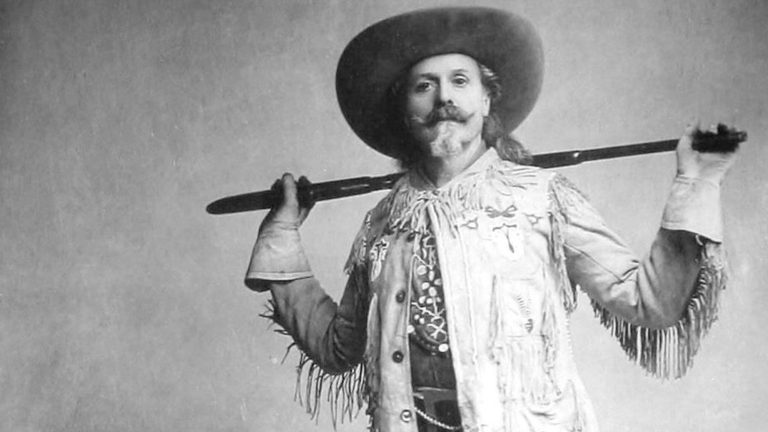 In France, he was compared to Napoleon; in England to Robin Hood; and in his home country, there was no equal.

William Frederick Cody was born on a farm northwest of Le Claire in Scott County, Iowa, on February 26, 1846. the fourth of eight children born to Isaac and Mary Ann (Leacock) Cody.

In Bill Cody’s autobiography he alludes to his father’s wanderlust. It was a trait that young William would himself inherit.

When William was five years old, the family moved into Le Claire, a small village on the Mississippi River. Isaac did not make a good farmer, and had better luck as a stage drive between Davenport and Chicago, as a Justice of the Peace, and as a State Legislator. Cody said that his father “was a natural pioneer and his longing for new fields of adventure led him away from the place where his popularity was rapidly extending.”

That longing took the Cody family on to Weston, Platte County, Missouri, in 1853 where Isaac’s brother Elijah was a successful merchant at a trading post in Leavenworth County, Kansas. Gold seekers, Mormons, settlers, cowboys, Indians all traded at Cody’s post along the trails west to California, Utah, and the Oregon Territory.

Young Bill learned a lot about people and the West during these years. His father gave him a pony when he was seven, and it was Bill’s biggest dream to become a true westerner: a great horseman, a crack shot, adept with a bow and arrow, and knowledgeable in the ways of the West.

The issue of slavery tore the Cody family apart in the summer of 1854 when Isaac took an abolitionist stance, and was consequently stabbed by a Missouri man in the employ of his brother Elijah. He recovered enough from the wounds to move on to points just outside the reach of those who sought to kill him—a strategy he used for the next two years while continuing to support his family.

In 1855 when Bill Cody was only nine years old, he was employed by Russell and Majors (afterwards Russell, Majors and Waddell) herding cattle for twenty-five dollars a month, a practice not uncommon in those days.

Isaac went to Ohio during the winter of 1856-57 in order to organize a party of about thirty families for settlement in Kansas. During the trip he caught a severe cold; and in connection with the wounds he had received earlier, died at the family’s home from a kidney disease in April of 1857.