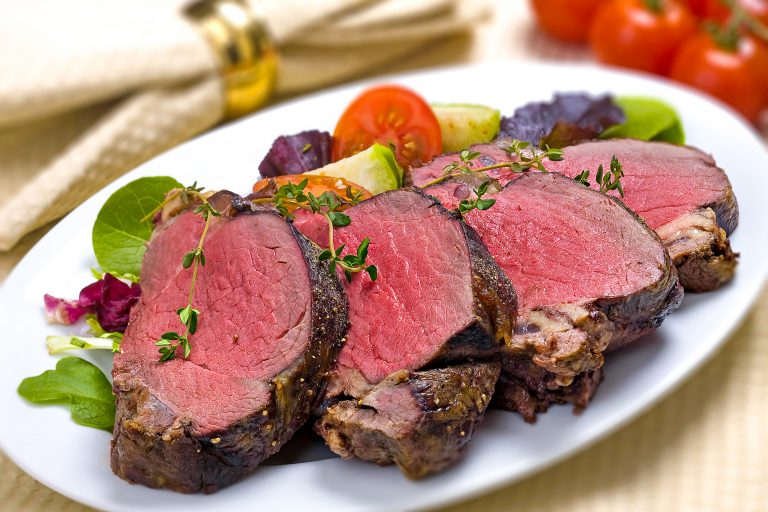 Tribes in our region have contributed more to our cuisine than any other group, and you’ll find their influence in everything from Indian Tacos to chefs’ preference of using game meat over farmed.

Lakota culture includes stories and customs that respect and honor food, for without it there is no life. One of their primary food sources was the North American bison, and they used it as a base for many dishes. Watch for savory soups and wasna, a Native American preserved meat similar to modern-day jerky.

Another unique dish to keep an eye out for is fry bread. While its origins lie in the harsh conditions of reservation life, fry bread has become a staple of Lakota cuisine. This fluffy quick bread makes the best tacos north of Mexico, and you’ll find them on menus topped with seasoned game meat in place of beef. You’ll also see it served as a side to bison stew, or with a warm berry sauce called wojapi.

There’s a sizable German population in South Dakota, specifically Germans from Russia. In the late 1800s this group of immigrants was so prevalent they even published several newspapers in German, including the weekly Sued Dakota Nachrichten, or South Dakota News. While they mostly live east of the Black Hills, their influence has still made its mark on our cuisine. The most notable is chislic, the official state nosh of South Dakota. This salty skewered meat is traditionally grilled over an open flame, and you’ll usually find it served as an appetizer.

Another German influence is in the tasty dessert known as kuchen. If you ask a local how to pronounce it, you’ll certainly get mixed opinions, but everyone agrees it’s tasty. Kuchen is a sort of pie made with sweet bread and a custard-like filling that usually contains fruit. It is on menus around the hills, including Alpine Inn and Laughing Water Restaurant at Crazy Horse Memorial.

There’s no doubt the minimalist style of the Wild West is still prevalent in our cuisine. Gold miners, cowboys, and pioneers all saw food as one thing: sustenance to keep them going on long, hard days. Most meals consisted of what was easy to find or easy to make, which means plenty of meat, root vegetables, and black coffee. Corn was a common crop on the plains, which gave rise to staples such as cornmeal pancakes and shelled corn served as a side at dinner.

Today, there are many interpretations of the sparse fair that fueled the birth of the Black Hills. You won’t find fancy sauces or many seasonings other than salt, but you will find savory stews and thick cut steaks cooked over an open fire, and biscuits and gravy from scratch. Chuckwagon dinners feature meat, potatoes, and beans — everything a Black Hills pioneer needed after a long hard day. Everything comes on tin plates and may or may not have silverware, but one thing’s for sure; you won’t leave hungry!

Of the Celtic countries, the Irish are the most well-represented in the hills, but there are plenty of Scots and Welsh in the hills as well. Many came to the hills with the gold rush, but also with the railroads. Ten miners who struck out in the gold rush famously found Rapid City; nine of them had Celtic surnames. Today you’ll find a higher than average number of Irish pubs throughout the hills, as well as boisterous Saint Patrick’s Day celebrations. Watch for hearty stews, shepherd’s pies, and — of course — plenty of Guinness on tap.

When the gold rush was in full swing in Deadwood, one of the largest ethnic groups in town was the Chinese. By the early 1880s, there were about 400 Chinese citizens living in Deadwood, running businesses such as retail, pharmacies, and restaurants. While most moved on after the gold rush faded, there are still markers of their presence in Deadwood. Mount Moriah cemetery has a section dedicated to Chinese residents, and the city of Deadwood hosts an annual Chinese New Year celebration. Today, visitors to the Black Hills can find an array of Chinese cuisine, from family friendly buffets to sit-down restaurants.