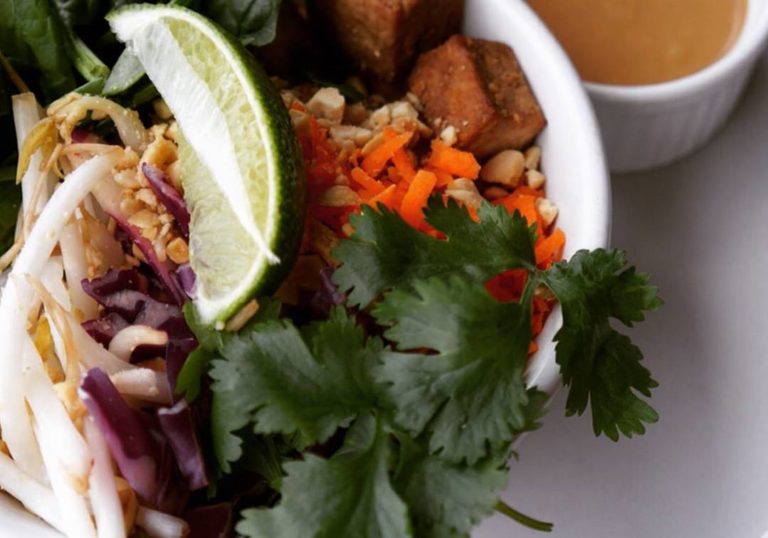 Vegan Guide to the Black Hills

Vegan food is hard to come by in South Dakota. However, there are a few restaurants that serve up delicious vegan dishes that aren’t a plain salad!

The artsy town of Spearfish has several options for vegans. Bay Leaf Cafe has several vegan options like the Mediterranean Plate and the Veggie Sandwich. Green Bean Coffeehouse has vegan sandwiches, wraps, and, of course, coffee! Que Pasa Cantina has vegetarian fajitas, quesadillas, burritos, enchiladas, and more that can easily be made vegan.

When all else fails, Indian food saves the day! There are plenty of fantastic Indian restaurants in the Black Hills that have vegan options, like Everest Cuisine and Kathmandu Bistro, both of which have locations in Rapid City.

Saigon in Rapid City serves plenty of vegan choice and servers are knowledgeable about the vegan diet. Sure, there might not be a big overlap between ‘bikers’ and ‘vegans’, but Shanghai Garden serves some of the only vegan dishes in Sturgis. The large menu is full of veggie, tofu, and noodle dishes.

Rapid City’s Ruby Tuesday has an amazing salad bar with a huge variety!

Pita Pit has a location in Rapid City, and they serve up several vegan choices like the spicy black bean pita, falafel pita, garden pita, and hummus pita. Subway has locations throughout the Black Hills and is a godsent when craving a vegan sandwich. The restaurant offers lots of veggies and vegan dressings. Sandwiches at the Smiling Moose Deli in Rapid City can be custom made and packed with veggies.

Taco Bell is another vegan-friendly big chain. It was the first fast food joint to offer menu items certified by the American Vegetarian Association (AVA). The AVA certified options include the Crunchwrap Supreme with black beans added and beef, sour cream, and nacho cheese removed; the Bean Burrito that is ordered “fresco”; the Veggie Power Menu Burrito with cheese, sour cream, and avocado ranch sauce removed; the Crunchy Taco or Soft Taco with black beans added and beef removed; and the Spicy Tostada with cheese and chipotle sauce removed.