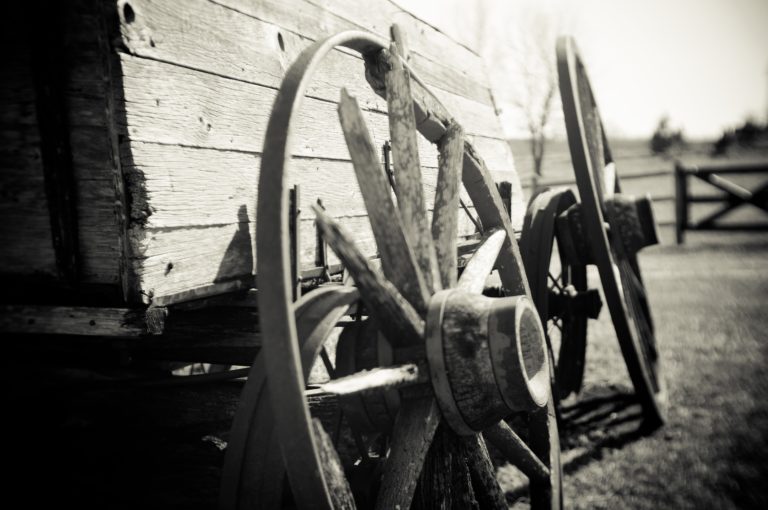 Daniel Boone May, known as “the fastest gun in the Dakota,” protected the Deadwood Stage from outlaws, murderers, and thieves with an iron fist (or, to be more accurate, a steel gun).

The legendary sharpshooter came from humble beginnings. He was born in 1852 in Missouri and was the seventh of nine children. His family picked up and moved to Bourbon County, Kansas—the Wild West. He learned how to shoot while hunting with his father. The high cost of bullets meant that May learned to make every shot count.

In 1876, 24-year-old May left for Cheyenne, Wyoming with his older brother. He found work on the notoriously treacherous Cheyenne-Deadwood stage line, a stretch that was surrounded by bloodthirsty criminals and upset native tribes.

The Black Hills were a dangerous, undeveloped area at this time. The Black Hills gold rush, which got its start in 1874 when Custer’s Expedition discovered gold in the Hills, prompting droves of illegal prospectors to descend upon the area, reached its peak in 1876. The Black Hills had been promised to the Lakota people years earlier as part of the Fort Laramie Treaty, but prospectors were too allured by the thought of striking it rich to worry about broken promises and hostile Native Americans. This trespassing was the beginning of the end of the “friendly” relationship between the United States government and the Lakota people. The coming decades would see the Great Sioux War, Lakota people forced out of the Black Hills and into reservations, the Wounded Knee Massacre, and the cementation of hostilities between the government and the tribe that can still be seen to this day.

May worked the stage line and made a reputation for himself as a deadly sharpshooter, accepting a job as Shotgun Messenger for the Cheyenne and Black Hills Stage & Express Company. The gunslinger was surrounded by danger and gunfights, but he always came out on top due to his shooting skills and cowboy instincts.

In August 1877, robbers surrounded the stagecoach he was protecting. Because a woman and child were inside, he laid down his weapons and allowed the robbers to make off with the goods. Shortly after, he ran into one of the bandits in Deadwood, and a shootout began. The outlaw, Prescott Webb, jumped on a horse and tried to flee. Thinking fast, May shot the horse dead. Famous Deadwood sheriff Seth Bullock arrested the outlaw and May walked away with only a shot through the left wrist.

Rolf Johnson, who met May on the Sidney Stage, wrote, “His eyes were a peculiar feature, being of an indescribable hue between yellow, green, and grey, and had a curious restless look about them. He was a man I would instinctively fear without knowing who he was.”

In 1878, he gunned down outlaw Frank Towle, who was attempting a stagecoach robbery at Old Woman’s Creek. Only a month later, north of Cheyenne, he led a search party to capture a gang of thieves headed by Archie McLaughlin and Billy Mansfield. He also transported Lame Johnny before he was surrounded by a mob, who then hanged Johnny from a tree. Lame Johnny is rumored to have gold treasure hidden somewhere in the Black Hills. In 1879, he captured mail robber Curley Grimes, who he then shot and killed as Curley tried to escape. While his body count stacked up, his reputation was that “his corpses were invariably those of undesirable citizens, never of the law-abiding.”

Despite this, he was arrested for the killing of Curley. While awaiting trial on bail, he continued his violent work. During this time, he allegedly killed another robber while guarding a wagon with $30,000 worth of gold inside. At May’s trial for Curley’s killing, the jury unanimously found him not guilty.

His reputation grew and the legendary gunslinger began to fear he would be targeted by criminals looking to make a name for themselves. He left his Black Hills post behind, and the Wild West hero turned up in an unlikely place—Santiago, Chile.

While he escaped violent western criminals, he couldn’t escape his own violent tendencies. In 1891, May got into a fight with an army officer and fled to Brazil afterward. Unlike many Wild West legends, he lived the last years of his life in peace in the tropical paradise. Daniel Boone May finally found an enemy he couldn’t match in 1910—yellow fever. He died in Rio De Janeiro at the age of 58 and was said to be buried with his trusty rifle.

Much of what is know about May’s later life was from author Ambrose Bierce, who made the claim that May escaped to South America and subsequently died of yellow fever. Whether all of the stories about May’s exploits are fact or fiction, his reputation as a feared (and respected) legend of the Wild West remains intact to this day.