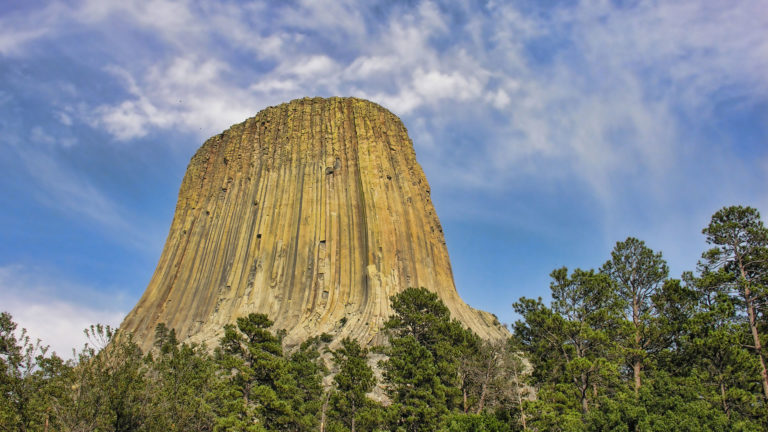 Whether you’re a fan of Stephen Spielberg’s 1977 sci-fi classic Close Encounters of the Third Kind or simply enjoy the outdoors, Devils Tower is probably on your list of must-see places. This iconic rock formation jutting above the northeastern Wyoming prairie was considered a sacred site by Native Americans, who believed the butte was created by the Great Spirit as a rocky refuge against a giant bear. Its name is an incorrect translation of the Lakota word wahanksica (“bear”), mistakenly transcribed as wakansica (“bad god”), eventually morphing into Devils Tower. In 1906, Theodore Roosevelt designated it as the first National Monument in the U.S.

There’s no denying Devils Tower is an impressive sight to behold and well worth the drive, but after spending so much time in the car, you’ll want to take advantage of all there is to see and do around the area. With that in mind, we’ve compiled an itinerary to ensure you don’t miss a thing! Gas up your ride, pack a few snacks, and get ready to hit the road—adventure awaits!